Symbols that make up the breaking girl by Helen Rickerby

First comes feet, on tippy tippy
toe — a stretching, a reaching
for approval, perfection, a cracking
a creaking, a split and a snap, but nothing
that a good length of tape and some newly broken
in shoes can’t fix, shoes with the insides torn
out like an inquisition, then beaten and slashed
little dancers, little digits, they carry her away

The next, a cliché, but an oldy and a goody, because
she has to see her self, her reflection, to know
that she is real, that she exists, to give her something
to examine, to correct; her mother is
a mirror, her mirror is her mother, and what
have they to say to each other?
good girl, sweet girl, look what I have given
and given and given, just like me only this time better
a double, a dark doppelgänger who moves
just out of synch, just out of time, who will not
be tied down, who is flying up
right into her face, looking in the glass
a mirrored triptych, this one multi-faceted, this one
has fallen down and smashed to pieces, fragments
everywhere, splitting apart

The hallways are labyrinthine
she is Ariadne, Theseus, she is the minotaur
and the walls are closing in, sucking out all the air
in the apartment, where there is no living
room, at the school, where there is no resting
place, no cosy chairs, no comfort, only corridors
to wait in, floors to sit on, concrete and stairways to carry
her between heaven and hell, hell and heaven

A door can mean privacy, or entrance: a way in, a way
out, a way inside; a bathroom means
a closed door, a sanctuary, asylum, no one
to watch but the mirror, a secret place, a hungry need
a shutting, a barring, a tunnel into the abyss, or
into the true self, or selves, or really are we all just
a collection of random strangers, who have barely
even met, who have nothing to say to each other
as they mingle awkwardly at that posh soirée, that dive of a bar

Nails must be clipped, fingers and toes, try to keep
insides from seeping out, leaping out, oozing
and pushing out, but she can’t, her skin is too thin
her stomach too tight and before she knows it
there’s blood everywhere, it’s always
her own, she’s tearing and scratching, cracking and
splitting, fingers and toes, these unravelling girls
with their Snow White mouths
can’t they keep themselves together?

Shoulders are places for cares to settle, places to carry
heavy objects or other people, but shoulders are places
for wings to grow, and wings mean freedom, mean
flying away from here, mean looking down from up high
and all the little people, little things, shrunk
to insignificance; but then, a clipping, a snapping
and a falling from great height, poor
sweet girl, she’s got no chance

In the first, and in the last, there is the dance
of joy, of control, she can’t let go
she can’t let loose, she can’t let
her hair flow out behind her as she spins
her dance of life, dance of death, dancing
her negotiations, avoidances, eludations
in the club, under strobe lights, dark
and light, black and white, where a dance
can never be perfect, but even here
she has her red shoes on, yes, it’s this old story
over again, because she won’t stop dancing
can’t stop dancing, as long as she has feet
as long as she has legs, as long as they will carry her

Editor: Mary McCallum
posted here with permission of the poet 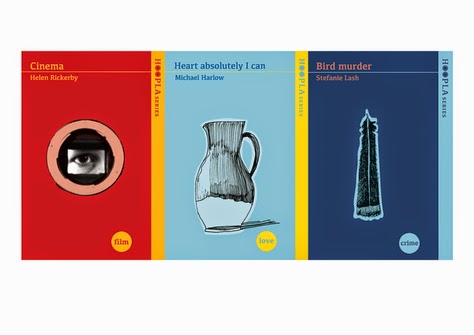 Cinema (Hoopla series, Mākaro Press 2014) is a book I'm very proud of and 'Symbols' is one of my favourites in the collection. I am Cinema's editor and publisher so I know the collection well - working with Helen Rickerby and Paul (the other part of our two-person publishing house) and designer Bill to create not just Helen's book but a whole new series called HOOPLA. (Designer Helen Reynolds created the fabulous eye-through-the-lens cover drawing for Helen's book.)

HOOPLA is a dream I've had for a while - a series that leads readers to poetry because of the quality of the poets, the attraction of a series with three poets launching at once, the vivid and pocketable design, and the strong themes.
Our 2014 release in this series is: Helen Rickerby's Cinema, Bird Murder – by first-time poet Stefanie Lash (theme: crime) – and Heart absolutely I can by established poet and Lauris Edmond Memorial Award-winner Michael Harlow (theme: love.)

For the poets, I see the series as supportive and stimulating. For a publisher, it's a great idea because printing three poets at once leads to some useful cost savings and cross-overs in publicity.

As far as the support thing goes: Bookshops are often choosing to stock the set of three books rather than only taking one, which means if they want Michael Harlow because he just won the Lauris Edmond prize, Stefanie and Helen get a look in too (and good numbers :). Similarly, Helen and Stef attracted punters to our Pledgeme campaign to raise money to print Hoopla because they're more emersed in the social media/crowd-funding world than Michael is. Michael took info about Hoopla to a poetry event he attended in Nicaragua. The launch saw a range of poets and those who love poetry turning up to support the Hoopla threesome with supporters of one poet happily going off with a book by another poet, or the whole set...
Back to Helen's poem 'Symbols that make up the breaking girl'. It is one of the poems where Helen lets loose - and how I love the way it sprawls and leaps and runs ... smart and rhythmic and contemporary, while linked to fairytale and the stuff of story. Best thing to do: read it aloud. Then read the whole book.
Now forgive me for using the book blurb here but it does the job. 'The poems in Cinema look at the personal through the lens of the camera and the world of cinema through unfiltered eye. Meet the boy who learns to kiss from action movies, the girl made up of symbols and the direction with the aesthetic of the sniper on the roof.'
Ah yes, that symbol girl – who can forget her! There is so much packed into Helen's book - as her launcher Anna Jackson said: 'It is like the tardis.' A very beautiful RED tardis which I just know will travel far.  Congrats to Helen, and to Stef and to Michael. And forgive me a publisher's indulgence here on Tuesday Poem. 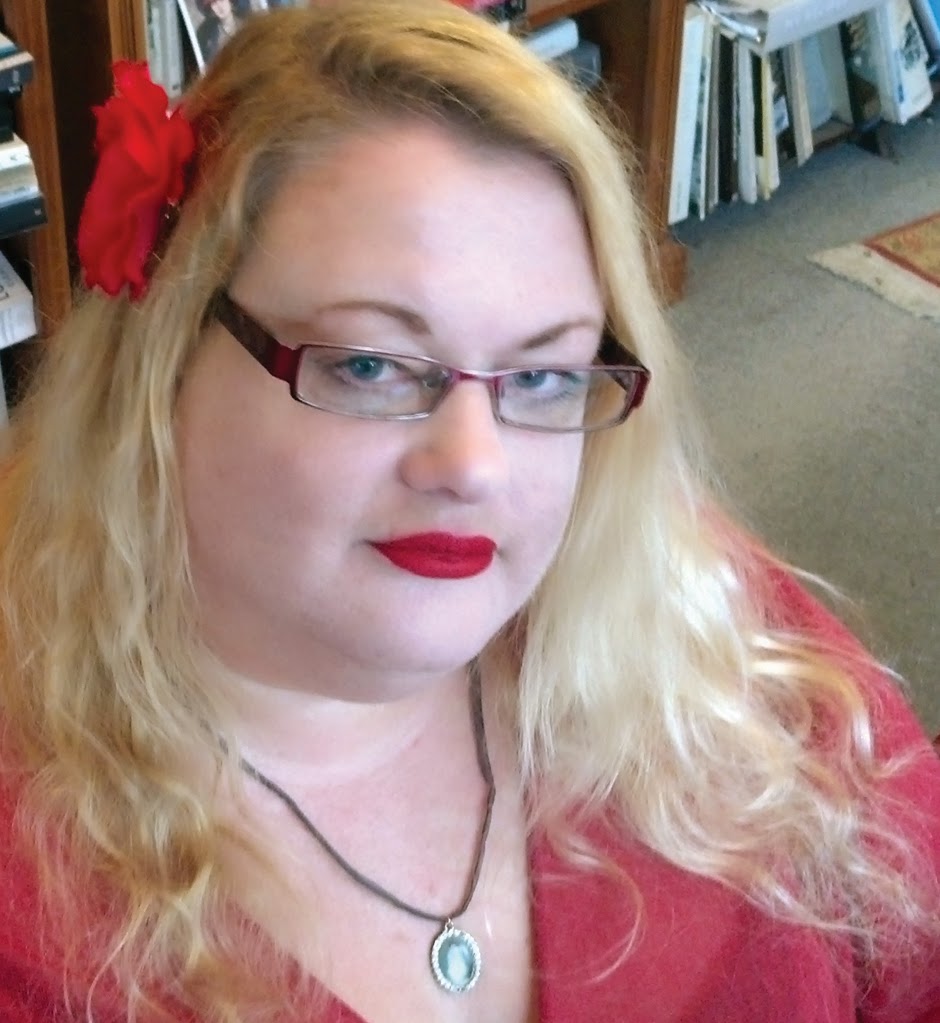 Helen Rickerby is a poet, editor and publisher who lives in Wellington. She has published 3.5 collections of poetry including Cinema which is available at all good bookstores and by emailing makaropress@gmail.com. She is co-managing editor of JAAM and runs boutique poetry publisher Seraph Press.

Do check out the other poems in the sidebar - rich pickings.

This week's editor is Mary McCallum – co-curator of Tuesday Poem, she is also a writer of fiction and poetry and has just published a children's novel with Gecko Press called Dappled Annie and the Tigrish. She is a publisher with Mākaro Press.
Posted by Mary McCallum at 11:17 PM

I don't think there's a woman alive who can't relate to this poem! Love the image of the bathroom as a safe place - we spend a lot of time in them, but I'd never really thought about it like that.

I love the part about looking in the mirror to confirm that we are alive. Sometimes I think I look because I'm hoping to see something I've never seen before, to figure something new out. Does that sound crazy? I've enjoyed reading your poems. Thanks a lot.