How They Came To Privatise The Night by Maria McMillan

Striding into the sky
Like the Chinese lovers
Whose bridge is the Milky Way –
Distance was nothing to them
Or waiting seven years.

Clearly of private benefit
They said: The shade they offer.
The company. The sense of self.
Hitherto pricing has not reflected
Their true value.

Dusk was much the same.
A wilful resistance
To applying the forces
Of the market.
The stillness.

The nuances of colour.
The way mountains seem closer
And the white houses
On the hills of the city
Shine like angels.

Then night.
By the time we heard
The sun had slipped between
the South Island and the sea.
Gone like music at a party
You are walking away from.

Night was a business.

The government maintains
A regulatory role.
At the end of every street
Yellow jacketed officers collect tariffs.
They watch for you.

Watering the garden
In the coolness.
Talking in quiet voices
On the porch
Inside the kids dream.

Letting the cat in and out.
Opening the curtain to sneak
A glimpse of the orange
Mouth of moon.

Functions are contracted out –
Absence of light.
Comfort to the weary.
Frost. Fear. Astronomy.
Navigation. Romance.

The dark profusions of freesias
Letting go of themselves. 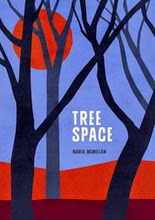 I wrote this poem in the thick of researching, writing about and campaigning about water privatisation. It horrifies me that water, the source of all life, and a human necessity has become a focus for neoliberalist attention. It no more belongs in the marketplace than night does. The language in the poem is lifted almost directly from the language used by those promoting the commodification of residential water in New Zealand.


I heard Maria read this poem at the Poets for Peace event I organised earlier this year. Many fine poems were read by the poets who took part, but this one struck me as a really effective piece of political poetry. I find it difficult to write political poems without turning them into a harangue, but by using the night as a metaphor, Maria has created a poem that is fascinating and illusory, yet also an effective poetic protest.

Maria McMillan is a Kapiti based writer who was born and bred in a Christchurch house full of books and with a view of the mountains. She is the author of the poetry sequence The Rope Walk, Seraph Press, 2013 and Tree Space, Victoria University Press, 2014. More poems and Maria's blog can be found at http://mariamcmillan.weebly.com/

Email ThisBlogThis!Share to TwitterShare to FacebookShare to Pinterest
Labels: editor Tim Jones, Poem: How They Came To Privatise The Night, poet Maria McMillan

Thanks Tim and Maria - I really enjoyed this, a really effective protest poem.

And there is lovely poetry in there, too, as well as the irony. I especially enjoy lines like:

"They watch for you.

Watering the garden
In the coolness.
Talking in quiet voices
On the porch"

What a brilliant poem. Now I want to read the book.

I love this poem Tim, and I really got the political point - made so beautifully! As they have managed to privatise every other natural thing (starting with land) that existed long before humans were even a single cell organism, I imagine that they will eventually also privatise the air we breathe, or at least tax us for it. Thanks for posting Tim. Reading this in Victoria BC where the privatisation of the environment is a big issue.

Tuesday Poem has always been an inspiration for me throughout my whole journey of starting a blog. I'll be pleased if you have a look at mine poems as well! My blog address is http://somethinghappeningtome.blogspot.in

Functions are contracted out –
Absence of light.
Comfort to the weary.
Frost. Fear. Astronomy.
Navigation. Romance.

The dark profusions of freesias
Letting go of themselves.

!! ARG!! How beautiful, and at the same time unsettling, as the poem is about something so deeply unbeautiful.

That's a really interesting thought, the idea that the government may one day privatise the night, it seems almost dystopian to me?