i first heard the rumble, felt the roar, before i was born
in my mother’s own cave, on her doctor’s way
i first saw the white porcelain straps, felt the frayed straw seats
smelled the wet drying wool before i was one year of age
record snow the christmas eve three months before my birth
then every month thereafter – i rode the rails in that womb
while dirt-crusted plowed snowdrifts piled to the sky
and were covered anew, freshened again
bread factory aromas ran down from the street
the sugary candy factory ones too, the car would
rise and emerge into the light, a city-wide roller coaster ride
coney island began at the train platform edge
a distant cousin lived in an apartment above a store
the el curving just outside his window, near ebbets field
eyes wide at the gaps in the stairs, big enough i could fall through
my father’s hand safely protecting the climb
first neck nuzzles and thigh grabs after ice skating in the city
in the car-end lone double seat, our semi-private room
midnight heads on shoulders, pretending to be tired
while our hands began their moves
i now dream of dark browns, grey and black shadows
dashing, darting through vertical steel pillars, deep in this cave
avoiding screeching blue-sparks from across third rails
my mother holding our hands, safely leading the way


to my father, waiting on the platform across and above

Interview with the poet 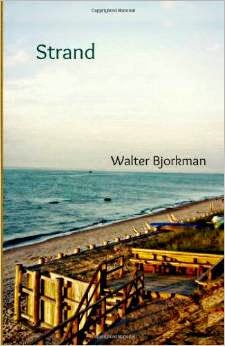 This poem opens Walter Bjorkman's new poetry collection, and sets the tone for the group of poems he presents in Strand. I decided the best way to tackle Bjorkman's poetry here was to talk with him directly. So I asked him a few questions and he was kind enough to provide not only his poem but a few more words and images  as well...

ME: Walter, I admire your new collection's opening poem – ‘lost and found on the b train in winter’– very much. It feels like a deeply personal poem, beginning with the mother and ending with the father. Can you tell us more about this poem and why it begins the collection? How does it set the stage – or, better put, mood of your poetry?

WB: Thank you, Michelle. I feel that almost all of my poetry is personal, or at least the poems that I write now. b train is a decade old, and really was the first one in which I broke away from writing poems just for the sake of writing, and put myself wholly into. I had not written poetry since the mid-sixties to the early seventies; those efforts addressed the requisite youthful world angst, and though highly personal, and some quite good, they were riddled with classical references and language that was not my real voice. When I returned to poetry in the late nineties, I at first did mostly descriptive poems, with my occasional personal insight. So this poem was the dividing line between then and what I do now and feel for that reason it was a fit to start the collection.

As to the mother/father transition, you are correct, that was intentional. As background, my dad died when I was nine, and the dream sequence at the end was a recurring dream I had for some years throughout my teens. So much of city life centred on the subways, so it was a natural setting.

ME: The poem ‘driveby’ (the second poem, previously published in Word Riot) strikes me for the simplicity of the moment, especially after the complexities of the opening poem. Can you share where this poem came from? 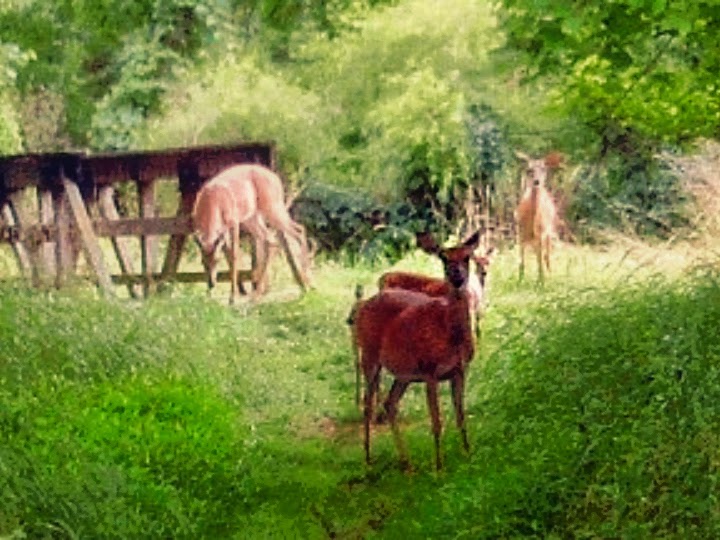 WB: This poem was written after I returned from a ride, perhaps the third time in two weeks, where on a lonely country road next to an open field, I passed by a very strange person who just stood there looking down the road as I approached, and as I got near, ran into the field and waved his arms to the sky, then fell down to the ground. After the third time I started wondering what it was all about and came up with this scenario, where of course I am writing about what might have led me to be this person.

ME: I hear Dylan in your poems – here and elsewhere. Tell us how music has influenced the way you hear poetry, and the way you write it. 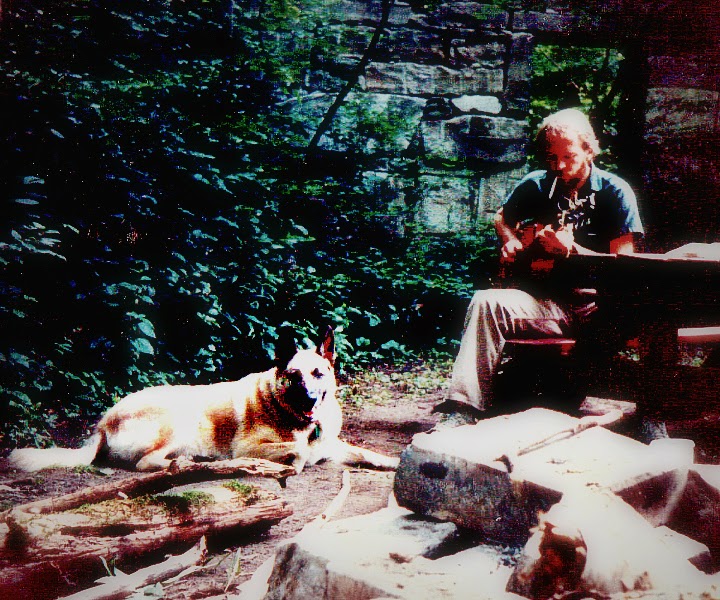 WB: Having played guitar for 48 years now, it is innate. Whether I am writing lyric, narrative, free verse or prose poetry, I want the words to flow in a way that the reader will not stumble or pause over the words. Unless I want them to.

I also grew up listening to music when poetry, in the modern sense, was first infused into folk and rock & roll – Dylan above all, but others like Eric Anderson, Joni Mitchell, et al, so it was just a natural thing. Allen Ginsberg, on first hearing Dylan’s music, wrote, “I heard ‘Hard Rain’ – and wept. Because it seemed that the torch had been passed to another generation, from earlier bohemian, and Beat illumination.” I was part and parcel of that generation, and although I was studying the masters from all movements back to Classic Greek through to the Beats, I could not read or write without the music of poetry, the poetry of music, in my inspiration.

ME: Warblers, starlings, magpies. Why do birds play such a central role in your poetry? 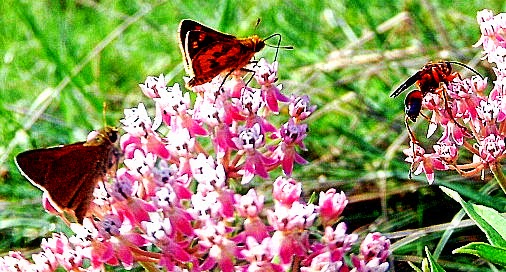 WB: Although a child of the city, I have spent thousands of nights in the country. Even in the city, I always seemed to become more aware when birds were around. They are harbingers, Greek Chorus, life affirmers and life critics. They are descendants of the greatest animals to roam the earth. All parts of nature can ‘talk’ to me in their own way, but none as much as they.

ME: Driving and motion seem to be two themes inherent in your work – themes that are, for me, deeply American. Do you agree that there is something about your poetry that captures something intrinsically American?

WB: Of course. Although first generation, and exposed to immigrant traditions at home and church as a kid,  I had the full American experience. My parents wanted me to grow up American, and, growing up in post WWII Brooklyn, I lived through and participated in the turmoil of the sixties in the USA, and all what followed to this present day.  Cars became the ultimate freedom, the means to motion and exploration. Outside of a summer at age ten in Sweden and Norway, and some Caribbean adventures, all my traveling has been in the US – I have been in 47 of the 48 contiguous states and all southern Canadian Provinces. I could not help absorb, and as a result it is reflected in my poetry.

ME: In the last poem – ‘beachcomber’s dirge’ – there’s a sharp sense of loss, and possibly regret. There’s a glance to the past – an echo, as the poem notes. Tell us how this poem found its place as the last in the collection. And how it reaches back to the opening poem and creates the complementary book-end.

WB: I ended the collection with beachcomber’s dirge because of the subject – knowing each year and day I will eventually be coming to my own end. There is some regret in there, but I feel it is more melancholia. I feel it is one of my best, and I wanted the reader to feel some closure, as the naturalist does in this poem. Life to me is a series of loss and gain, and, as Richard Manuel once said, “I just want to break even.”

Thank you, Walter Bjorkman, for the words and images. 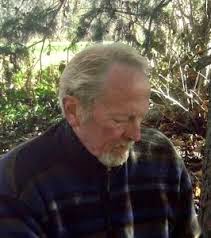 Walter Bjorkman is a writer, photographer, book & web designer and editor from Brooklyn, NY, now residing in the foothills of the Adirondacks. His works have appeared in Word Riot, Scrambler, Pirene’s Fountain, Poets & Artists, THIS Literary Magazine, Connotation Press, Blue Fifth Review, Foliate Oak, Wilderness House Literary Review, A-Minor, Blue Print Review, Metazen and many others. His collection of short stories, Elsie's World, was published in January 2011 and can be purchased on Amazon here. His poetry chapbook, Strand, is both available from estore here, or Amazon here.

Michelle Elvy lives and works as a writer, editor and manuscript assessor based in New Zealand and currently sailing in SE Asia. She edits at Blue Five Notebook, Flash Frontier: An Adventure in Short Fiction and Awkword Paper Cut, where she also curates a monthly column, Writers on Writing. She is also Associate Editor for the forthcoming Flash Fiction International (W.W. Norton, 2015). Her poetry, prose, nonfiction and reviews can be found in various print and online journals and anthologies. More at michelleelvy.com, Glow Worm and Momo, her home of eleven years.
Posted by Michelle Elvy at 12:02 AM

Email ThisBlogThis!Share to TwitterShare to FacebookShare to Pinterest
Labels: lost and found on the b train in winter, michelle elvy, walter bjorkman

The thing I love most about the Tuesday Poem blog is the way it is always allowing us to discover something new -- both in the poems and via access to the poets, which again is both through the poems and in interviews such as this one today. Excellent stuff; thank you, Michelle & Walter.

Loved hearing Walt's personal comments about some of the poems in his stunning new collection 'Strand' which is here on my writer desk. 'lost and found on the b train...' is a starting and great poem.

Michelle, thanks for posting this poem. Of Walter's poetry that I've read, it's my favorite. I've mentioned that I love it to him. He does great work.

So much biography compressed into a short poem, and wonderfully done. It drives on relentlessly, until that final line taking us away from the train.

Thank you for posting, Michelle, and of course to Walter.

Thanks for reading, Helen, Susan, David, Penelope. I agree -- the way he compresses life into this poem. All that emotion, said and unsaid. He's also very good at flash fiction. No wonder. I always like to say that poets make marvellous flashers.

yeah great - thanks for this

I really enjoyed this interview with Mr. bjorkman and, of course, the lovely poem. It felt comfortable and real. I'll be purchasing the book.

Wonderful poem and fascinating interview. Thank you for posting and thanks to both of you for sharing.