When the fisherman found
he could no longer row his dinghy
the tide went out with his heart,

and when I asked him what he felt
about that, he said he didn’t know
where to start. You’ll have to…

he said, but didn’t complete
the sentence about a sentence
because he’d already said it all.


I love the utter quiet despair in this poem. I find that if you really listen and pay attention to the world then it’s often the small, the quiet and the unassuming people and things that have the most impact. This is especially heightened in cities where bigger, faster, louder, more, seems to be prized.

The end of 2009/start of 2010 for me was a particularly grief-stricken time and this poem sums up exactly how that felt. This poem has a hollowing feel, a poignant sense of loss, and something that I too felt couldn’t completely be explained by words when people asked, “How are you?”

There must be many on the West Coast, reeling from the Pike River mining disaster, who feel exactly this.

The unfinished completeness of the fisherman’s sentence reminds me of a fantastic part in Janet Frame’s autobiography (possibly An Angel at my Table), when her father paints a picture of some dogs but leaves the eyes unfinished. This is seen by a young Frame as a symbol of her father’s – and family’s – circumstance at the time.

Read more about Brian Turner here. And do check out the other Tuesday Poems in the live blog roll in the sidebar.

When she’s not at work, Emma blogs about her life in Featherston, runs her craft empire Emma Makes and is a printmaker.


Tuesday Poem acknowledges the terrible losses felt by the families of the Pike River Miners.
Posted by Emma Makes at 12:01 AM 8 comments:

As the cod that's cooked in a mountain
of salt comes out delicate as butter, a fur
of disappearances, unrecognisable,
so have I buried the book of our lives
in the salt mines of Cheshire, twenty
miles of white tunnels, two hundred feet deep.
I have taken a knife and carved out a shelf
and placed there the first time we met,
the bar where I read you my poems,
the movies we watched, the first piece of furniture
you bolted together, the meals that we ate;
I have stored them in salt where they will
be dry, not feel the touch of blight:
these thoughts, these kisses, these places,
this memory of a white fish becoming tongue,
mouth, throat, disappearing into your body

This poem is from Michael McKimm's first book, 'Still This    Need' (The Heaventree Press 2009). Published with permission.

Michael McKimm hails from Northern Ireland and currently lives   in London. He and I were two of 38 writers from around the world who spent three months in residence in the US as part of the University of Iowa's 2010 International Writing Programme.

The first lines of this poem caught me - the visual and taste image of the mountain of salt, then the texture of the fish takes me to a completely different, white-on-white place. I imagine the flesh of the fish not so much flaking as melting, like the butter. Already I'm thinking about love, then - the salts of the body, and the carving out of things (initials in a tree, a life together in the world). The poem invites me to consider the circularity and eternity of things: the fish returning to salt, memory returning to itself over and over, the bodies of lovers embracing and imbibing each other.


The title, 'Resurrection', takes me to this territory, too. The lasting feeling I take away from this poem is that ache we sometimes have towards precious things - that feeling that is somehow a mix of delight and fear, a thrill of gratitude mixed with the desire to preserve the treasure against 'blight'.

I heard Michael read several times during the Iowa residency, and every time I was taken by his voice - both on the page and in real life. The song in the poem, and in his speaking of it, are still very present for me. You can hear/watch Michael read this poem here:


You can read more about Michael here:
* * * *
This week's guest editor is Hinemoana Baker  - a New Zealand writer, musician, educator and sound enthusiast who has just returned from the US as writer in residence at the University of Iowa's International Writing Programme.


Tuesday Poem thanks Hinemoana for her work on TP this week and welcomes her back to NZ. Thanks, too, to Michael Mckimm for Resurrection. And congratulations to last week's guest editor Jennifer Compton for winning the Kathleen Grattan Award for Poetry 2010.
Posted by Mary McCallum at 12:11 AM 5 comments:

I was spoilt for choice once I had decided to choose a poem by Australian poet, Chris Mansell.  I would describe her as one of the more prominent islands in the stormy seas of the Australian poetry scene. She has been there, like, forever. And is a mover and a shaker. A founder of magazines and small presses, an instigator of poetry festivals, a memorable reader, much anthologised etc, and she has written so much good stuff.
My first thought was 'cow poem' because I took to it straight away when she sent me a copy a while back, and I put it in my mental folder of Special Poems That I Like Very Much, but then she did a reading recently at the Dan O'Connell here in Melbourne, and there was more stuff I liked very much. In particular a poem called 'Parsley' which tickled my fancy with its 'taste of truth'. But no, I went with 'cow poem', just because.
'cow poem' appears in Letters Kardoorair Press 2009  and is published with permission here.

Tuesday Poem congratulates Wellington poet Diana Bridge who is the winner of the 2010 Lauris Edmond Award for Poetry worth $NZ1000.
Posted by Mary McCallum at 12:01 AM 4 comments:

The hand that signed the paper felled a city;
Five sovereign fingers taxed the breath,
Doubled the globe of dead and halved a country;
These five kings did a king to death.
The mighty hand leads to a sloping shoulder,
The finger joints are cramped with chalk;
A goose's quill has put an end to murder
That put an end to talk.
For the full text of this poem, readers can go to the link below:


(Above are the first two stanzas (an extract) of a four-stanza poem, because one of our ever- alert readers has pointed out to us that copyright laws in the UK differ from New Zealand and extend a further 20 years after the author's death. Dylan Thomas died in 1953 so his copyright extends to 2023. As editor, I apologise for this transgression to our readers, fellow contributors, the heirs of Dylan Thomas and the ghosts of Dylan and his wife, Caitlin. Editor: Andrew M. Bell)

When I was a callow youth of 15, I was a boarder at Sacred Heart College in Auckland. My fifth-form English teacher was a man named Brother Roger, a big, solid man with no-nonsense black-rimmed spectacles and a purplish hue to his chin and cheeks because he was rumoured to shave twice a day. Brother Roger loved his subject and he loved the beauty and power of language and he ignited my life-long love of poetry by introducing our class to some wonderful poets. Through him, I discovered the Romantic poets, the War poets, modern American poets and many of the luminaries of twentieth-century poetry.
The poem above by Dylan Thomas, published in 1936, (here reproduced from The Norton Anthology of Poetry, 3rd Edition) has stayed with me since the day Brother Roger brought it to my attention. It illustrated to me that poetry can make profound statements about life and the human condition with brevity and conciseness. Poetry can make us think and perhaps lead us to new insights.
I believe there has never been a time in human history when there was no conflict occurring somewhere in the world. Dylan Thomas wrote this with the Nazi spectre growing in Europe, but its subject will, sadly, be ever pertinent. The documentary maker, Michael Moore, asked US Congressmen if they had sons fighting in Iraq. None of them did. Theirs were the "hands" that signed the paper that sent many young, poor, uneducated, black, white and Hispanic men to their deaths.
Feel free to search out other wonderful poems by Dylan Thomas. For more Tuesday Poems, click on the Tuesday Poets in the sidebar.


This week's editor is Christchurch writer Andrew M Bell whose poetry, screenplays, fiction and non-fiction have been published and broadcast in NZ, Australia, Israel, US and the UK.  You can find his poems here.

Let’s not talk about
the whole truth.
Better to let small parts
speak for the whole –
a look, a hand
in the small of my back.
Better to find that
the truth lies
in the smallest things we do.


I chose this poem by Helen Heath because it is the first poem posted by a Tuesday Poet  that grabbed me - with its simple elegance. On the surface it is straighforward, but underneath it has an elegance and grace that is quite breathtaking.  I could wax lyrical, but that is hardly necessary as the poem speaks for itself. It stands alone, a beautiful truth, as rare as any jewel, although perhaps a few words about the author will not be remiss ... 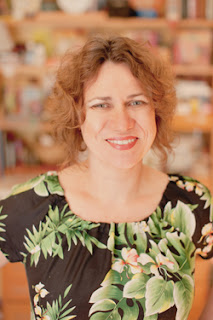 Helen has been one of the true champions of the Tuesday Poem blog, generous not only with her own work, but also showcasing other up-and-coming poets, interviewing authors, and generally being a stellar member of the local writing community.


She lives in the seaside village of Paekākāriki, on New Zealand's  Kapiti Coast. She completed an MA in Creative Writing at the International Institute of Modern Letters at Victoria University in 2009. Her poetry has been published in many journals in New Zealand and Australia. Most recently she’s had a chap-book of poems published by Seraph Press called Watching for Smoke (2009). Currently she is working on a full-length book of poems.


Alicia Ponder is this week's Tuesday Poem editor.  She lives in Eastbourne, is the co-author of two art books, and several New Zealand School Journal plays and stories.  She blogs here at an Affliction of Poetry.