'No rough verses' from I, Clodia, by Anna Jackson

No rough verses, but like a surf‐tossed sailor
wielding wisely his gaff‐rigged fore‐and‐aft sail,
so shall I keep your favourite of Greek metres
to steer my way free of your storm of curses.
What I owe you – these claims you make are madness –
but to counter them one by one in order:
first, consider, what we owe Aphrodite –
your voyage here, as plunder of my husband,
your change of plans, your brother left unaided,
none of this can be laid as charges on me,
all was fated, and I merely received you.
Oh, I loved you, and being loved by me did
you not take more than you could ever give me?
Your ‘exile’ here – to live in Rome is living,
I don’t see you, in thrall to me no longer,
rushing back to your farmhouse in Verona, or
setting sail to do business in Bithynia.
Had you stayed put, a poet of the provinces,
not one person would know your name – or care to. 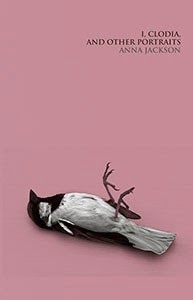 'No rough verses' is from Anna Jackson's about-to-be-published sixth collection of poetry, I, Clodia, and Other Portraits (Auckland University Press). More specifically, it's from the first section of that book, a long a sequence of poems - 'I, Clodia' - which takes as its subject and narrator one Clodia Metelli, an ancient Roman woman who was (almost certainly) the lover of the poet Catullus.

I didn't know much about Catullus or his poetry - which doesn't take away from the enjoyment of the sequence as far as I'm concerned (it contains everything you need to know to in the way of facts). But if you know anything much about Catullus, you'll know that he wrote a celebrated series of poems to his lover 'Lesbia' (Clodia), many of which were in reply to her poems. But his poems have survived, while hers (like a lot of women's history) are lost to us. One of the things Anna is doing in this ambitious work is to reconstruct the woman's side of this story, and to breathe life into the vibrant, quick-witted, not always likeable but rather admirable character of Clodia. As the AUP blurb says 'Jackson honours and subverts her source material in lines that are a marvel of ventriloquism.'

It was difficult to decide which poem from this sequence to share, partly because they are written to be read together. I chose this one because I think it can stand alone, but also because I'm really drawn to the strong rhythm, which I especially noticed in the first lines - don't you just feel like you're being tossed about by the waves, 'like a surf-tossed sailor'? Like several poems in this sequence that use tight forms and metre, this one is in hendecasyllables, which Anna tells me was one that the Romans adapted from the Greeks, and which was the form Catullus used most often. In English it isn't a flowing, natural rhythm, like iambic pentametre, which makes it well-suited to this boat lurching, to this proud, hurt narrator spitting out her bitterness at her lover, with whom she has such an up and down (and up and down) relationship.

Anna also let me know that this poem borrows from the play Medea, by Greek playwright Euripides, where Jason (of the golden fleece) tries to justify his abandonment of Medea (his wife, who had helped him nick the golden fleece). While not necessary to know, it adds another layer of richness to the poem. And these are really rich poems, which are just crying out for in-depth study.

I, Clodia fits with my strong interest in both narrative poetry and biographical poetry. The second half of this new collection continues with an interest in portraiture, but with shorter, more 'modern' poems, including some of my favourites of Anna's recent work, such as 'Sabina, and the chain of friendship' and the 'Pretty Photographer' poems. And some poems I haven't read yet, and which I'm rather excited about meeting.

For more Tuesday poems, check out the sidebar on the left. 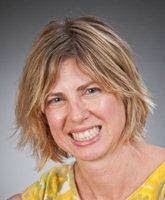 Anna Jackson teaches English at Victoria University of Wellington. Her sixth collection of poetry, I, Clodia, and Other Portraits, will be launched in November. Two of her previous collections, Thicket (2011) and The Pastoral Kitchen (2001), were shortlisted for the New Zealand Book Awards. She has also published short fiction and academic books, and is part of the team (along with me) that is organising Truth or Beauty, Poetry and Biography - a conference about biographical poetry - in November.

This week's editor, Helen Rickerby, is a poet and publisher from Wellington. She has published four collections of poetry – her most recent, Cinema, was published by Mākaro Press in March. She runs Seraph Press, a boutique publishing company with a growing reputation for publishing high-quality poetry books, and she is co-managing editor of JAAM literary journal. She blogs irregularly at wingedink.blogspot.com and has a day job as a web editor.

This is the way the world ends by Helen Rickerby

This story is about remembering
and forgetting

Not knowing where you are
or if it's real

But you can die with a martini in your hand

The girl in pink, skating towards you
has an automatic weapon
behind her back

There is too much sun in California
for shadows

There are other people
in this story:

the bride and groom who laughed themselves to death

the boy who lost hope

the pirate soldier, the man with two souls

This is an apocalypse

in an ice cream truck

Twiddling his fingers
While LA burns

'He's going to die,' says one blonde, sadly
'There's nothing we can do,' says the other

as they dance cheek-to-cheek
hand in manicured hand

There's nothing they can do

from Cinema (2014, Makaro Press Hoopla series). Reprinted here with the kind permission of the poet and the publisher.
Editor: Andrew M. Bell.

One of the benefits of being a Tuesday Poet is that you enter into a family of excellent poets, a family that extends across the world thanks to the wonderful world of the world-wide web.

This is how I came to be introduced to the work of Helen Rickerby. Helen has even read her poetry in Vienna - how cool is that!

The poem above is from Helen's latest collection, Cinema, which (Shameless Plug Alert) is well worth acquiring. I could have posted any of the fine poems in Cinema, but this poem has an enigmatic quality that really appeals to me. I don't know if I'd be so bold as to say I "understand" it, but I do "get it". Sometimes understanding a poem is less important to me than absorbing the poem. And I kept coming back to this poem.

It might be (as Basil Fawlty would say) "stating the bleeding' obvious", but this poem is very cinematic. It moves through a number of arresting images like the frames of a film. The images put the reader in mind of a spy/thriller noir film, but it has a sense of being very modern and up-to-the-minute. And because "There is too much sun in California/ for shadows", we might have to invent a colour version of the noir genre. Perhaps this poem represents a spy/thriller "couleur" film.

What more can I say? I love the boldness, the freshness of this poem and the humour. "This is an apocalypse/in an ice cream truck" makes me smile every time I read it. 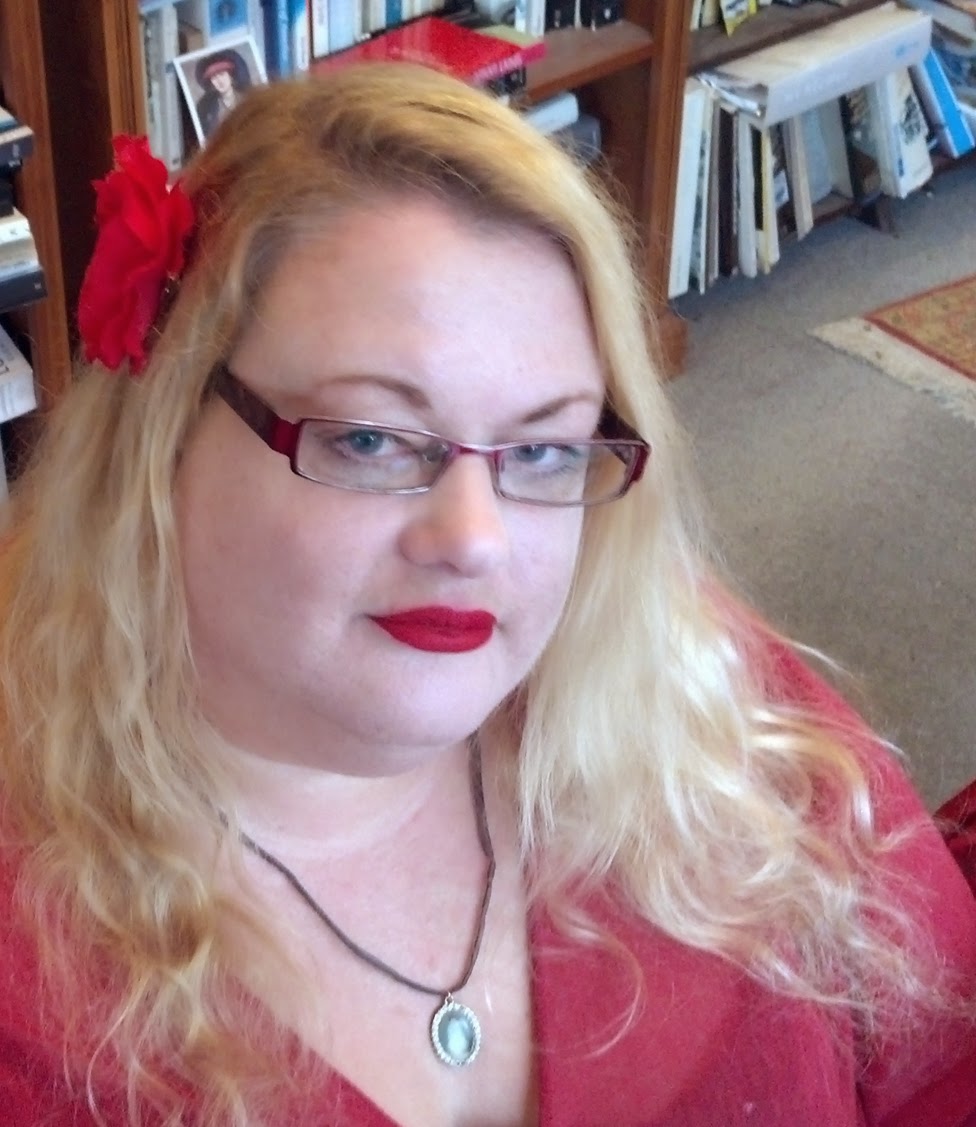 Helen Rickerby is a poet and publisher from Wellington. She has published four collections of poetry – her most recent, Cinema, was published by Mākaro Press in March. She runs Seraph Press, a boutique publishing company with a growing reputation for publishing high-quality poetry books, and she is co-managing editor of JAAM literary journal. She blogs irregularly at wingedink.blogspot.com and has a day job as a web editor.

This week’s editor, Andrew M. Bell, writes poetry, short fiction, plays, screenplays and non-fiction. His work has been published and broadcast in New Zealand/Aotearoa, Australia, England, Israel and USA. His most recent publications are Aotearoa Sunrise, a short story collection, and Clawed Rains, a poetry collection.

Andrew lives in Christchurch with his wife and two sons and loves to surf.  He is about to “drop” (as they say in the music industry) a new poetry collection soon called Green Gecko Dreaming.
Posted by Ben Hur at 12:01 AM 5 comments:

Quick acts of thievery are essential in this business.

Without poetic vision there is no love.

Everyone should write an outhouse poem.

Poets invent the language. There would be no language if it weren't for us. People would just go around grunting.

One extra word can ruin a whole poem.

There's no such thing as a cliché image — any more than there's a cliché maple tree. You don't walk by a maple tree and say "Oh God, there's another maple tree!"

Being against rhyme or villanelles is about like coming out against symmetrical trees.

Taking a chance is a very important thing. In literary magazines you'll find hundreds of poems that are overly cautious. What you need is reckless abandon balanced by a fine sense of phrasing.

Critics have a terrible fear of laughing.

It's not easy to fit a giraffe into a villanelle.

The bad kinds of pathetic fallacies are the ones where the sun is giggling and chuckling and waving hello and eating ham sandwiches. All amateur poets have a ghastly tendency to anthropomorphize everything It's like Walt Disney everywhere.

Every time I deliver a long speech against fragmented sentences, I compel fourteen more people to start using them.

What this world needs is fewer important poems.

Roethke's last words to me: Beefeater all right?