The Baobab Tree by Rachel Sawaya

You know he is there, standing
in a field, like all the others,
but he is not like them.
The children do not eat his leaves,
or sugar coat his pulpy fruit.
His trunk has not been stripped
by women hoping to calm
a fever. He cannot soothe you.
He can only hold you after
your last shred is torn away.

You were told anyone can visit him,
as long as they are respectful.
You let your blue bike fall into the furrows
and do not lean it on his girth.

You stand back and you can see
the knobbly places
where he might have grown
his freckled flesh over the bones
of young mothers,
dead in childbirth
or of dwarves,

forbidden
to rest in the ground.

You step to the left.
A pale jumble is revealed
in his patulous maw. One sliver so tiny
it can only be an unborn finger.
Cradled, safe inside
his kind, woody womb.

This poem won the Takahe 2012 Poetry Competition. The judge of that competition, Kerrin P. Sharpe, said of this poem: “This is a sustained and mysterious poem which draws you into its mystery. I found myself being drawn into an African setting, perhaps along with others crowding round me, to witness the tree’s mysterious influence.”

I was immediately captivated by this poem when I read it in Takahe. Rachel paints a really vivid picture of this tree. I've never travelled to Africa, but these trees also grow in northern parts of Australia. For those readers unfamiliar with this tree, a magnificent example would look like this: 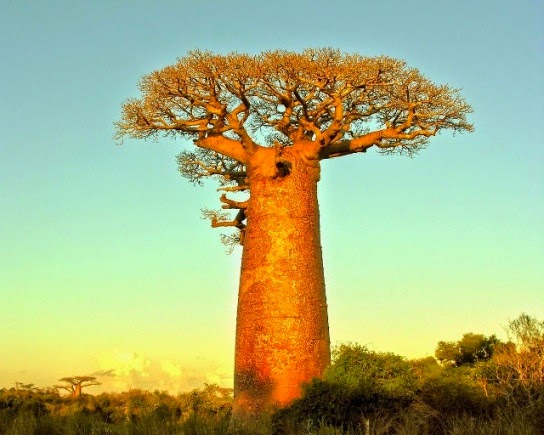 whereas the one described in this poem probably looks more like this: 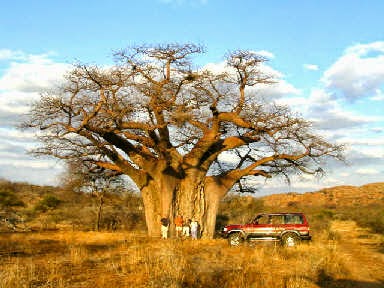 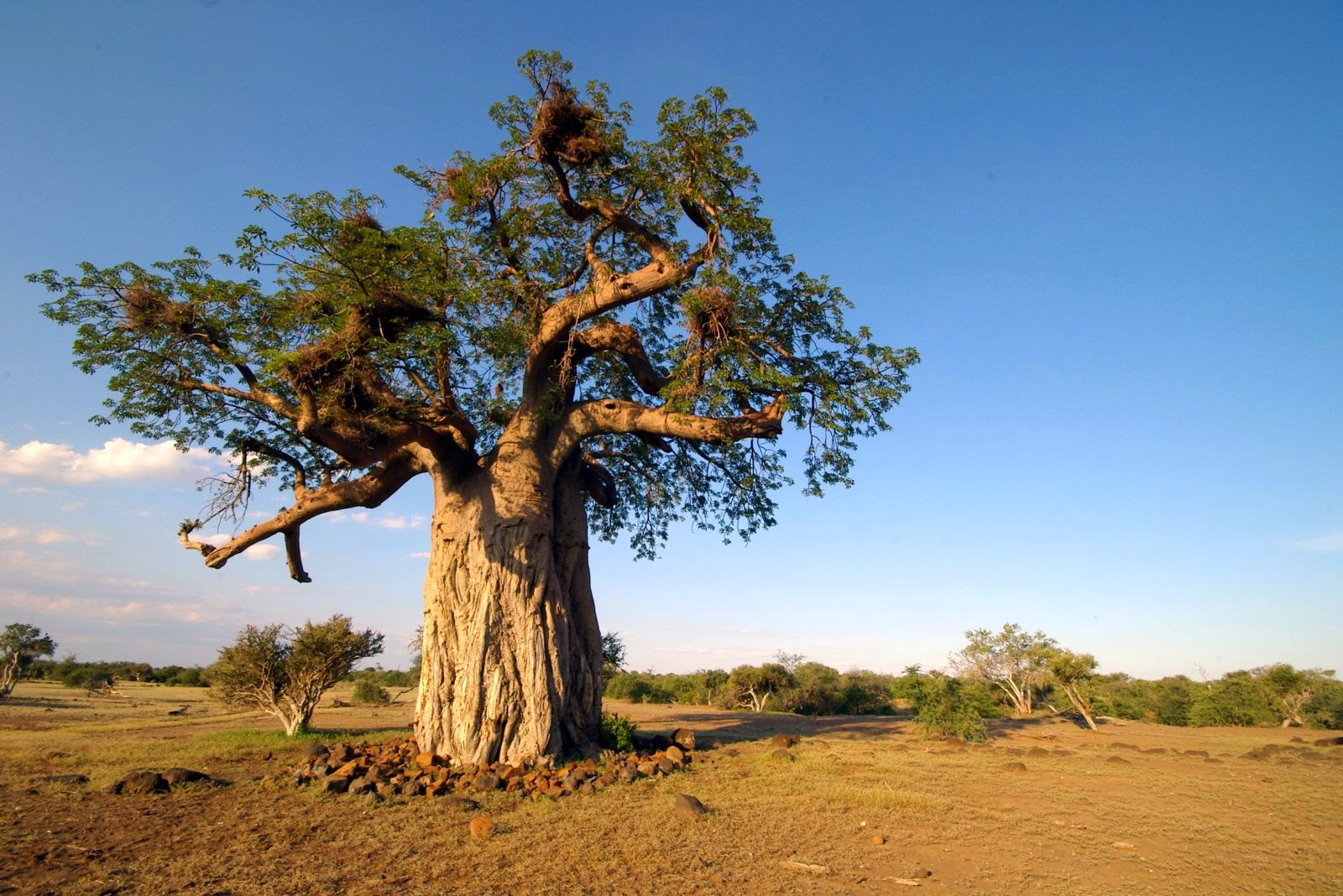 You can interpret from the poem that this tree is special. It is venerable because of its age and it has attained a spiritual significance. This tree is not used like the others because of the power it emanates so, although it is not a pragmatic or utilitarian tree, "He can only hold you after your last shred is torn away."

For me the wonderful lines, "You let your blue bike fall into the furrows/and do not lean it on his girth" evoke the image of a child standing in wonderment and awe looking up at the tree.

I love the idea that this old tree is spreading and growing over the dead, reclaiming them into the natural world. And the tree, unlike humans, is not judgemental, but forgiving and it gives final resting place to "young mothers,/dead in childbirth/or of dwarves,/forbidden/to rest in the ground."

And I'm sure, poets being the word collectors that they are, like me, you will love the use of the word: "patulous".

Rachel's poem is so well-executed that like the child standing before the ancient baobab, I am in awe of its power and beauty. 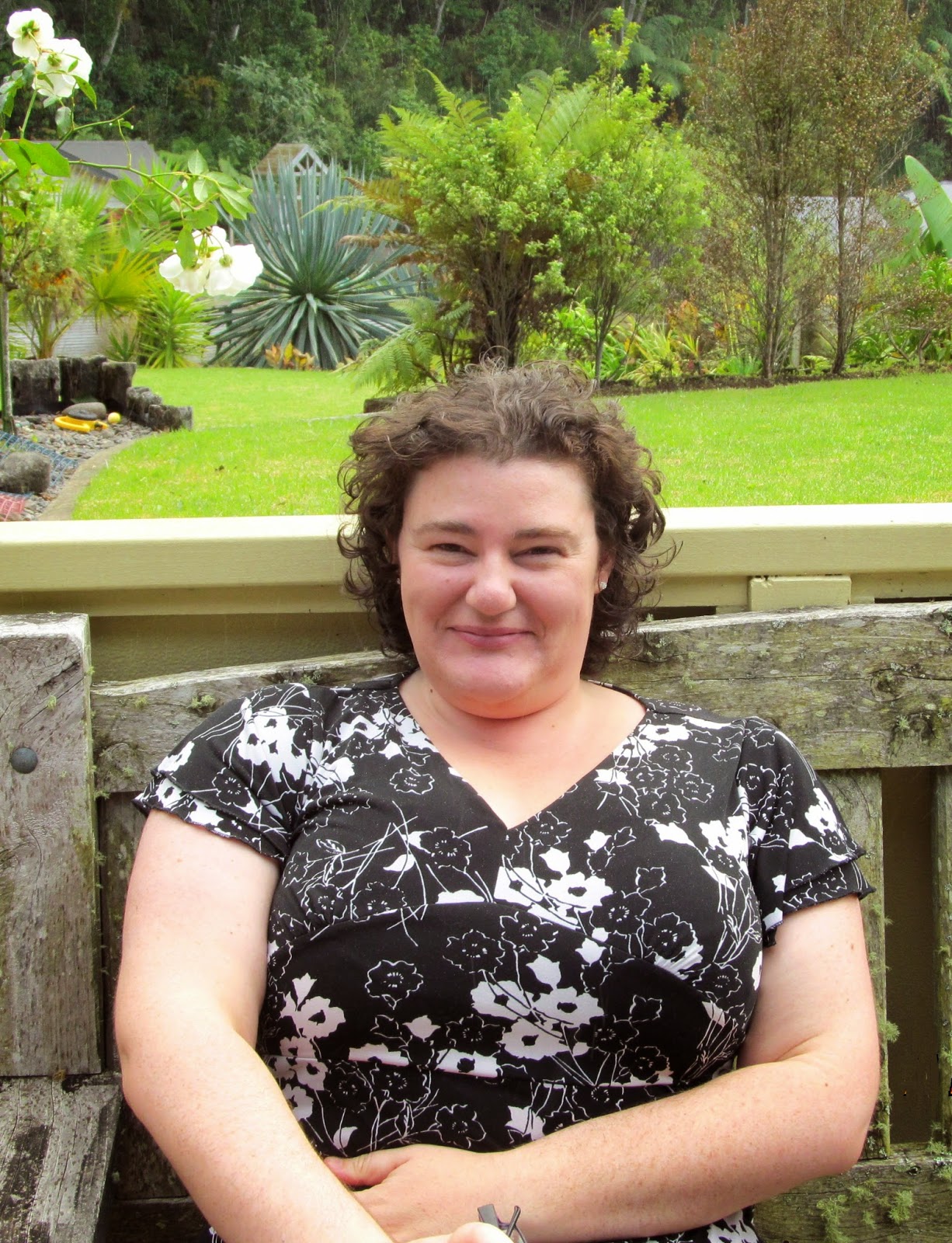 Rachel has provided me with this short and very modest bio:

Rachel Sawaya is a New Zealand author and poet. She has won a few competitions and been published several times. She has a Masters of Creative Writing from Victoria University as well as sundry other degrees and diplomas. She tends to move around a lot.

Rachel Sawaya won the Biggs Poetry Prize in 2011. She has been published in magazines such as Sport and Poetry New Zealand, and has self-published a YA novella under the pen name Joey Deleen.

This week's editor, Andrew M. Bell, writes poetry, short fiction, plays, screenplays and non-fiction. His work has been published and broadcast in New Zealand/Aotearoa, Australia, England, Israel and USA. His most recent publications are Aotearoa Sunrise, a short story collection, and Clawed Rains, a poetry collection. He is about to release his second poetry collection, Green Gecko Dreaming, before the end of this month.

Andrew lives in Christchurch and loves to surf. More of Andrew’s poetry can be found at Bigger Than Ben Hur. Or check out his website at: www.biggerthanbenhurproductions.com

Please take the time to read some of the other fabulous poems posted by the other Tuesday Poets in the sidebar to your left.

I recall reading this poem when it won the competition too. Wonderful to see it here, with your discussion too, Andrew! Thank you for the images as well. All very beautiful on the page. This is such a strong poem, full of mystery and feeling. And I really like that image of "woody womb" at the close.

A lovely poem and great feature: thank you Rachel, and Andrew for posting.