Auntie talking to her niece by Joan Fleming

When I was young, I used to steal through the suburbs in the middle of the night where we lived, and smash the light bulbs and garden gnomes from people’s front porches. I thought the people had foolish decorations in places where they never looked. I don’t feel like that anymore. Let’s put zinnias in the places where the people don’t look. Something pretty and specific, something that will only live so long. What else can I tell you? Five-eighths is the same as ten-sixteenths. Salt water is good for your teeth, and if you’re wholehearted about it, you can ask the sea to be your dentist. Some people live in buses that never go anywhere, and that’s okay too, as long as something’s growing. No, blue’s not my favourite colour, but it might be my favourite word. 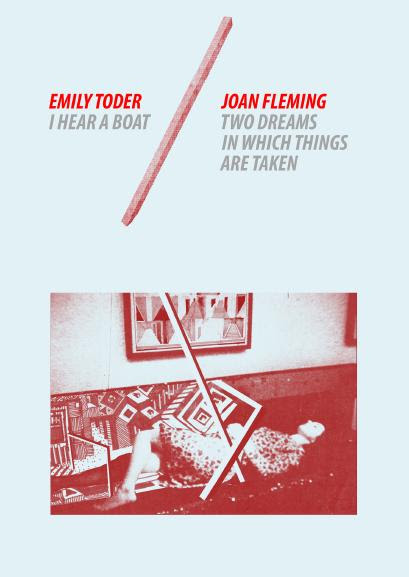 Joan Fleming lives and writes in Golden Bay, New Zealand. A clutch of prose-poems entitled Two Dreams in which Things Are Taken has just [yesterday] been launched as part of the DUETS chapbook series, which pairs one New Zealand and one American poet. Joan is paired with Emily Toder from Northampton Massachusetts whose collection is called I Hear a Boat.

You can read more of Joan's work online at Best New Zealand Poems 2008, Turbine and Snorkel.

Published on Tuesday Poem with permission from the author.


Joan says of the prose poem: “I like prose poems. They’re small and deceptive, like something between a dense vignette and an image with side dishes. The ones I’ve been writing are like little fictions — a bit surreal, mostly human, and totally driven by language.”

This week's editor is Mariana Isara a writer currently working on her first collection of poems ‘Delusions of Grandeur’.
Please take the time to enjoy the other Tuesday Poems by clicking on the links in the sidebar.
Posted by Mariana at 6:19 AM

I love the idea of asking the sea to be my dentist - and, too, these conversations between poets. So much more becomes possible the instant dialogue begins. TP is a great advocate for these interrelations and 'tis very good that this is so. Thanks, Joan, Mary, Mariana.

This is wonderful. Prose poems are delicious treats when treated like this ... Thanks Joan for the pointer to another marvellous NZ talent.

I like the way the poem opens out at the end with the word 'blue' - been thinking about that as I've been driving today.... I like the shift too in the thinking of the speaker of the poem from not understanding 'foolish decorations' to wanting zinnias in places people don't look. Very nice.

Thanks Mariana. I've seen a few of Joan's prose poems around and about in various mags, and always enjoy them. BTW, also really enjoyed your work in the latest Enamel.

Thanks Helen! Enamel is a great addition to the scene.