The Cheese Room by Judy Brown

Here it is, on the back of the menu.

How, instead of a pudding, an extra fiver
will buy you the choice of the Cheese Room.
It shines in the corner, a treasury,
the moony glow of the cheeses walled round
with glass. As soon as she sees it, she's lost.
Before anyone spots her, she strips,
soaks a sari in buttermilk, wraps herself up
and goes in. She shivers to think of the air
full of spores, the shag-pile that fluffs
on things that slip your mind for a moment –
green islands on milk, jam lidded with wool.
A couple who've paid to pick slices of Reblochon,
Vignotte, Manchego, tap on the glass;
they can't believe how she stands,
drenched in whey, her hair wet to strings.
How she touches the rinds – dusted
with charcoal, or soft, that hidden-flesh bloom
you get on a Brie. There's the tightness
of smoke in some of the cheese, the fissured
and granular rock of a Parmesan split
into wheels. Then the diners lose interest,
return to their claret. Despite how oddly
she's dressed – the flimsy sarong,
the milky place where the muslin pulls into
the crack of her arse – perhaps they assume
she's some kind of expert assessing
the cheese? But she won't even taste,
pulls the cheesecloth over her face
and curls up on the floor. She's happy
to wait, passive like milk, for the birth,
for the journey from death into food.


The Cheese Room comes from Judy’s 2011 collection Loudness.
It appears here with permission from Judy and her publishers Seren Books.
Thank you both.

The first three words of this poem, ‘Here it is’… propel us into a lavish sensory experience.  Resist and be left tapping on the glass. Like a fine camembert cheese, rich and creamy in the centre but well contained within its rind, The Cheese Room’s  magic is spun within a well-crafted structure. I particularly admire the way Judy uses line breaks and caesuras to halt the momentum before her next piece of unexpectedness, for example:

'Despite how oddly
she's dressed – the flimsy sarong,
the milky place where the muslin pulls into
the crack of her arse – perhaps they assume
she's some kind of expert assessing'

The Cheese Room is capable of deep analysis and surmise.  For myself, I am happy to delight in it for its own sake, a reminder to let go, take a leap, enjoy. When asked to comment, Judy replied, ‘the trigger for it, a visit to a restaurant, no longer has any connection to what the poem becomes.’   I like it that she said 'becomes' … Nice to think of it as still becoming!
It was GK Chesterton who led me to Judy Brown.  I was researching his comment, ‘poets have been mysteriously silent on the subject of cheese.’  Of course GK died in 1936, well before the power of the internet, which now abounds with cheese poems. Cheese, like love, crosses boundaries.

Topics range from the discovery of one’s inner cheese to a comparison between the qualities of cheese and humans. And what would GK have thought of his contemporary, James McIntyre (1828- 1906)?  Sometimes referred to as Canada's Worst Poet-thanks, it is said, to his cheese poems, James is remembered and anthologised still and is the inspiration of the annual Ingersoll, Ontario, Poetry contest.  James aside, I think GK would have been as thrilled as I was to discover Judy’s poem. The silence can be declared well broken!

Enjoy Gk’s short essay on Cheese from his book of essays,‘Alarms and Discursions’ here.


LINKS TO OTHER POEMS BY JUDY BROWN


Loudness    The Worst Journey in The World   Passenger

and Best Drink of the Day a youtube clip 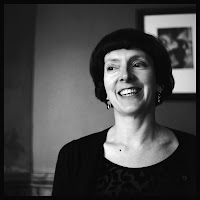 Judy Brown was born in Cheshire and studied English at the universities of Cambridge and Newcastle-upon-Tyne. She has lived in Northumberland, Cumbria and Hong Kong and now divides her time between London and Derbyshire. Judy’s first book Loudness (Seren, 2011) was shortlisted for the 2011 Forward Felix Dennis prize for best first collection. She has been widely published. Her awards include the Manchester Poetry Prize 2010, the Poetry Society’s Hamish Canham Prize 2005 and the Poetry London Competition 2009.

In November 2011 'The Cheese Room' was selected as Poem of the Week in The Guardian.

Before you go, leap into the side bar and enjoy the wide selection of 30 Tuesday Poets who live there.

Helen McKinlay is a published children’s author and poet  from New Zealand.  She blogs at gurglewords.

Like cheese itself, this poem is very rich. Thanks for posting, Helen.

I love the imagery of the woman almost becoming at one with the cheese, but not actually eating any of it. Very clever.

It is rich isn't it Andrew. Like you, I also enjoy that image of her waiting 'passive like milk..' It's very subtle...one could go on forever about it!

It's so mysterious and sensual - that last line takes me somewhere completely unexpected and strands me there. I identify with the feeling of a poem taking control and taking me to a place I never intended. It happens more than I'd like to admit.

Like the other commentators it's the rich sensuousness of this poem that first stuck me, then on a second reading the juxtaposition of abandon with self restraint, i.e. the 'not tasting'--as well as the way we as observers normalise, ie the diners returning to their claret.

Thanks for introducing us to Judy, Helen.

Firstly, Piokiwi it is certainly both of those. I hope the place it takes you to is a good one.
And Helen L. I keep thinking about that too. I barely noticed the restraint. I love that it has that aspect. Thanks for mentioning it.

I love poems like this - they excel in sensuousness and unexpected twists and demand they be chewed slowly. Thanks Helen.

Glad you liked it Keith. it's great to have a poem that proceeds with such gay abandon isn't it.

Of course, having enjoyed this excellent brie, I am exercising my intellectual preference for little pieces of cheddar wrapped in silver, and chasing up the bad Canadian poet that you mention in your commentary.

Thank you so much for posting this Helen.

Hmm we could get carried away here the slow unwrapping versus ths stab of a toothpick into a cube ...thing about silver paper is that it often does have a nice picture on the wrapper and can be rewrapped unless you a ripper offer in which case you are likely to end up chewing bits of silver paper as well. Aargh my teeth scream at the thought of it!
I wonder what James was. :-) Now I have to type in my 8A and torykey.
it looks supiciously like a political setup to me.

Yes, a great sensual experience to come to on a Saturday morning. Rather late here this week again, but worth the wait. This is really terrific. Slow poetry... something to savour. And I really like your comments, too, Helen, the way you point to a poem still 'becoming' -- that gives me much to think on today.

Thanks Michelle. Definitely something to savour!
Re the becoming...all sorts of things come into play when a piece of art, a poem is released..its an exciting idea isn't it.