The poem was previously published in Blast. The book was the outcome of a 1998 ACT Creative Arts Fellowship for Literature from the ACT Government.

I love this little poem.  It insinuates itself into the brain and jumps up and down there.

The image of two huge lips on a pogo stick raises problems for the literal minded.  How do they balance?  How do they jump up and down?

These are obviously fashion-conscious lips who like a co-ordinated wardrobe.  I love the way that the slightly old-fashioned expression 'cupid's bow' is given new life through the earlier reference to satin.  We see the top of red lips and a real red bow; where one ends and the other starts is impossible to say.  Of course, cupid's bow refers to a bow for shooting arrows, but I defy anyone to read the poem and not to think of a bow tied around a present or a pony-tail.

Spin the poem on its side and it even looks a bit like a pogo stick jumping up and down, powered by a rather erratic rider.

There is a lot in these five lines, and indeed, Lizz Murphy is something of an advocate for the shorter poem.  Along with fellow poet, Kathy Kituai, she is holding a number of readings emphasising the shorter poem, at which members of the public can read their works.  I attended one of these readings, and about thirty people were there, at a library, in the afternoon. This is a good number and a credit to the organisers.  No Small Thing is the title of the series of readings, indicating both how much oomph a shorter poem can deliver and how difficult it can be to create memorable short poetry.  Lizz is notable for the number of readings she organises in the greater Canberra area.  I include Binalong, where she makes her home, in that literary/geographical area.

Oomph gets no oomphier than that image of two lips on a pogo stick though!  I am so glad that the two lips were not early converts to on-line shopping, and therefore had made their purchases at home.  Although I do wonder how they purchased the pogo stick that they are using in the poem to go shopping...sometimes the desire to construct a narrative is a curse, isn't it?  Perhaps it's wiser just to enjoy the image.

Thank you to Spinifex Press and to Lizz Murphy for allowing me to send this poetic kiss out into the world. 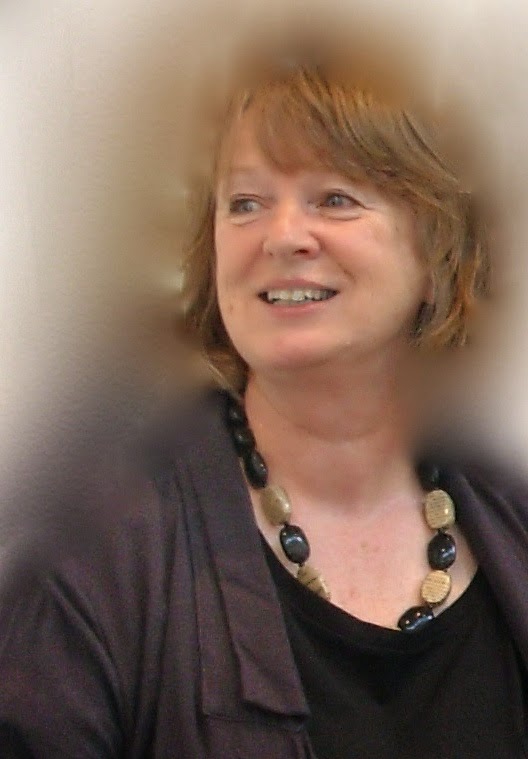 Lizz Murphy was Highly Commended in the Blake Poetry Prize and a finalist in the UK’s Aesthetica Poetry Competition in 2013. Her awards include the 2011 Rosemary Dobson Poetry Prize (co-winner), a CAPO Singapore Airlines Travel Award, 1998 Creative Arts Fellowship for Literature and the 1994 Anutech Poetry Prize. She has published 12 books. Her seven poetry titles include Portraits and Six Hundred Dollars (PressPress), Walk the Wildly (Picaro Press), Stop Your Cryin (Island) and Two Lips Went Shopping (Spinifex Press). She is widely published in Australian journals with poems also published in Canada, China, England, India, Ireland, Poland and the USA. Lizz was born in Ireland and has lived in Binalong NSW for a long time. She occasionally blogs.

This week's editor, P.S. Cottier, lives in Canberra.  She recently edited The Stars Like Sand:  Australian Speculative Poetry with Tim Jones, and will be the facilitator for an on-line course on speculative poetry offered by Australian Poetry in September.  She has blogged at pscottier.com since 1523 AD.

Great to see a shorter poem here! I think there's a tendency to view shorter poems as Less Worthy than longer poems - not that "worthiness" should necessarily be the goal of poetry - so they need standing up for, and both Lizz's poem and your commentary do an excellent job of that.

Thanks Jennifer and Tim. I think it is also refreshing to see a short poem that is not a haiku. That form can be very strong in conveying an image, but other brief works are often overlooked.

Huge thanks to PS Cottier for the opportunity to hop on that feather and fly to the Tuesday Poem Blogspot! Thanks also to poets for comments. It's an early poem and the influences then were both haiku and Dadaism. I love that if you turn your head on its side the poem does pogo stick jumps - but I'd never noticed that (that I remember) until PS mentioned it here. Cheers.

Sorry - I accidentally posted my above comment as Anon.

It's delightful. Thanks to both of you. I just wonder if they opened up when they spoke to the shop assistant
and if they had teeth beneath. And yes it's great to see a small poem on the hub!

Thanks Helen for your comment. If the lips have teeth I imagine they are in very good condition in spite of all that head jarring. I like poems with teeth. I especially like small poems with teeth. I like to think a good many of my (other) small poems do have teeth - and they can largely be found in my two PressPress books which are both collections of micro poems. One of my most favourite poems of all time is Carol Ann Duffy's poem Ape.