When a child starts school, so too the parents:

this is a truth Cloudmother can’t escape.

Here are others – when a teacher favours a child,
so too the parents; when a classmate befriends a child,

The handwriting lessons that failed to prepare her for life;
the teachers who saw careers in computers not art or poetry;

the years she spent invisibly circling the schoolyard:
the institutional past Cloudmother thought she’d shed

returns. What follows are a sleepless night and a waking
to a trick of the light that breaks across the harbour

and makes sea and sky one, their limpidity fusing
into image and duplicate, a lone kawau observing all.

When Cloudmother escorts her son to class, everything
he is yet to bear and be pained by unfurls in her

like a hailstorm. Drear mornings of multiplication
when Cloudboy’s eyes float outside to nimbostrati dark

and static as the wings of dead wasps or caged starlings;
lunchtimes of lonely drifting around the playground

when reaching out towards faint cirrostrati refracted
into halo phenomena is easier than making a friend;

afternoons reading Gulliver’s Travels to restless pyrocumuli,
“behold an Island in the Air, inhabited by Men who were able to raise,

or sink, or put it into Progressive Motion….”: Cloudmother sees
these will precipitate her son’s future, just as they will

birth times before the bell when parents gather to gossip
and she’ll race to places where only Cloudboy can find her.

Later classmates will rain their mothers’ whispers upon Cloudboy
until they condense icily in the air he and Cloudmother occupy:

Published with the permission of the poet.
Editor: Helen McKinlay 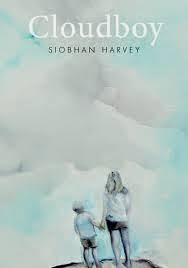 'Cloudmother' is one of the key poems in Cloudboy. Its first line - When a child starts school, so too the parents - was the phrase which began the entire journey towards drafting, redrafting and completing the collection, and indeed its companion creative non-fiction essay, 'A Boy Called Cloud' (which was Highly Commended in 2013 Landfall Essay Prize, at the same time as the collection was selected for the 2013 Kathleen Grattan Award for Poetry). For all parents of children at school, irrespective of whether your child, like Cloudboy, has Autism Spectrum Disorder, that line has an undeniable and resonant truth to it. More than its authenticity, though, the line offered me a poetic realisation: the ability to map out the journey of child and mother through those early, fraught years at school; to build a narrative, a quest for knowledge and academic sanctuary for both mother and unconventional offspring besieged by an education system which demands conformity above all else.

When so much of this collection needed to rest upon the child, their visions, inspirations, hardships and liberations, 'Cloudmother' also enabled me to give a parental presence to the collection, to contextualise the child's difference within the protective, treasured care the parent has, the parent who wants only her son to be accepted and nurtured at school with the same understanding she shows him at home. The poem's final couplet was indeed inspired by the retorts many of my son's former peers said to him in the schoolyard; even though he rarely ate 'junk food' (the one rule in my house is: "No MacDonald's") and has never played or owned an Xbox, the parents at my son's former school clearly felt a need to explain away my son's difference to their children in the only ways they knew how: to blame my son for having a mother who was, in their eyes, failing him as a parent. 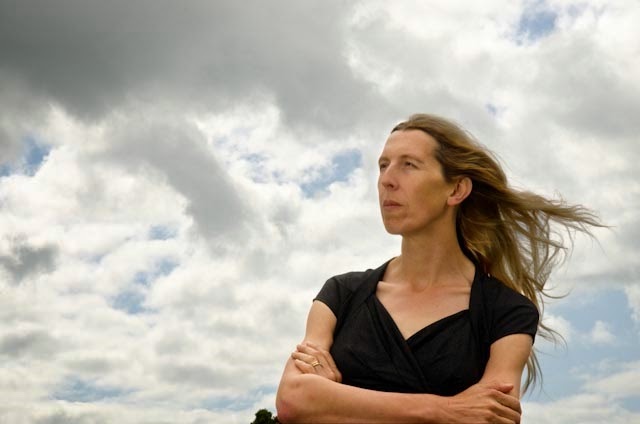 Looking at the book Cloudboy as a whole, I find that the way Siobhan enters into her son’s world of clouds and writes his story is celebratory and magical. This is a work of poetical genius and a gift to New Zealand literature. It is also of tremendous experiential value as an educational resource, not only to parents and those with an interest in autism, but to all those who are responsible for the care and development of children. We learn best from those like Siobhan, who have the courage to be emotionally honest and open. There were times when I found these poems and their companion essay, A Boy Called Cloud, heart searing. The book itself is a story, a mythology of Cloudmother and Cloudboy. As such it is celestial, but full of adventure, conflict and a feeling of two heroes coming home.

Imagination and resilience are two qualities which I wish most for all children. Imagination is how we perceive our path through this world. Resilience is the skill we use to deal with challenges and catastrophes. The imagination helps us design the frameworks of values, beliefs and common sense behaviours which build resilience. We need supportive family, friends, teachers and community, to help us in this. Many of those who deride others do so from fear, caused by lack of these qualities.

It’s clear that imagination helped Cloudboy and Cloudmother find the resilience to deal with their own unique challenges and came to the point where Siobhan could write:

Looking at the sky and everything in and below it afresh, I knew Cloudboy would be alright because he had me at his side to watch over and protect him, and I had him at my side to teach me the special insights and perspectives he carried inside him.’ (extract from  A Boy Called Cloud)

A Boy Called Cloud ( the essay) tells of Siobhan's journey for answers to help her son. I highly recommend that you read this work. It's informative, honest and very moving.
Please click here.

Cloudboy has already graced the New Zealand bestseller lists, an awesome result for a poetry book. It can be obtained online from Otago University Press.

Thank you for being my guest on this week's Tuesday Poem Hub, Siobhan. It's been a delight.

Siobhan Harvey is a poet and nonfiction author. Cloudboy, her new poetry collection, (Otago University Press, 2014) won the 2013 Kathleen Grattan Award for Poetry. It was launched at the Auckland Writers and Readers Festival on Friday 16th May. Other works include Lost Relatives (Steele Roberts, 2011), Words Chosen Carefully: New Zealand Writers In Conversation (Cape Catley, 2010) and Our Own Kind: 100 New Zealand Poems about Animals (Random House NZ, 2009). Additionally, she was runner up in 2012 Dorothy Porter Poetry Prize (Aus) and the 2012 Kevin Ireland Poetry Competition.
For her creative non fiction, she received a Highly Commended in the 2013 Landfall Essay Prize for A Boy Called Cloud and was runner up in the 2011 Landfall Essay Competition. Between 2006 and 2013 she co-ordinated New Zealand's National Poetry Day. She has been a guest writer at literary festivals in Australia, Indonesia, the UK and New Zealand. She has a Poet's Page on The Poetry Archive (UK), co-directed by Sir Andrew Motion.
Editor's Note. Siobhan is a member of the New Zealand Book Council and is available to speak and give workshops as a writer in schools to all ages above five. What a great resource person she is.!

This week's editor, Helen McKinlay, is a children's author, known for her bestselling Grandma series (Harper Collins NZ). Her poetry has been published in a wide variety of magazines and anthologies in New Zealand and internationally as well as online. While in Christchurch she set up Poetry for Pudding, a live poets group for all ages and stages. She is now based in the Top of the South Island New Zealand. You can read about her work on her own blog gurglewords, where she is to be found most Tuesdays.

Please take time to browse the sidebar where the other Tuesday Poets have an eclectic selection of poetry and ideas waiting for your enjoyment.
Posted by Helen McKinlay at 12:01 AM

A wonderful poem that speaks for me. All of this is so familiar. Siobhan, thanks from all of us who know exactly where you are coming from: Cloudboy doesn't get to make the rules, or the labels.

Thank you for your comments Jennifer and Harvey. Yes it is a marvellous poem that does speak to us all. Even those who appear to deride us...
Witness the lines 'When Cloudmother escorts her son to class, everything
he is yet to bear and be pained by unfurls in her...'

It is a marvellous poem - I also appreciated the link to the essay which is a great read, after finishing the poetry book.

Thank you Catherine and Helen. Yes the essay is a wonderful read. I read it after Cloudboy the book as well and that felt very right.
And, as Helen describes, Cloudmother the poem is VERY POWERFUL. It has the ability to touch us all on the raw.

There is such bravery and strength and beauty in sharing an experience so intimate and yet so wide-reaching (touching so many!). All power to you, Siobhan, and many thanks for sharing, Helen :)