Margo, or Margaux by Anna Jackson

I'd drink all night but stop at one glass
of syrah, aromas of pepper, tar,
black plum, and on the tongue
blueberry, licquorice, dark
chocolate, oh it is a dark wine
for us to drink before entering
the night in my cream and silver
car and driving, reeling,
not from the wine but from
the gypsy pirate Mexican music
on the CD (with an after-note, you
suggest, of Ukrainian folk), under
your canopy of silver stars.
Don't tell me their names, tracing
out constellations like
a dot to dot puzzle. Let me
see the sky in the sky, as magisterially
as the sea can be seen in the sea
and the man in the man – speaking
of which let's not meet your mother
with her photos of you as a boy.
Let's just keep driving to
somewhere we haven't looked up
on a map, some town without
any relatives to pin your features
down to theirs, where you can do
that silent thing you do at parties
in a party we'll throw
just for us two.
This cross made up of freckles
under my ribs (two brown, one
red and slightly raised, one beige)
might look like the Southern Cross
still flying like a kite in the chaos
I yearn to see in the sky,
but come closer, inhale,
tell me my after-notes
and under-tones,
and whether you think
I should call my car Margo or
Margaux, I can't decide.

This poem comes from Anna Jackson's upcoming new poetry collection Thicket. I chose this one because I really like the way the poem twists and turns, or maybe swirls, from wine to music, to the night sky, to mothers, to bodies, to cars, but it's all tied together by the silken sinew of wine. It becomes, almost surprisingly, a love poem, but then twists out of that sensuous seriousness, the way someone might awkwardly twist out of an embrace, to talk about what she should name her car.

I might be being fanciful, but this poem seems to me to have the dark, rich colour of red wine. Swish it around in your mouth. Give it a good taste.

Thicket, which will be coming out in July, is Jackson's fifth poetry collection (not counting her inclusion in AUP New Poets 1 and her collaborative collection Locating the Madonna, published by moi). I haven't read the whole thing yet, but I'm looking forward to it. Each of Jackson's previous collections have been a bit different from each other - trying different things or writing in different styles (something I feel I do too - once you finish a book, if you continue writing the same kinds of poetry you could end up becoming a parody of yourself) - and it sounds like Thicket will continue this. It sounds like it will be a bit more free-flowing, covering various styles and topics, compared to, for example, Anna's previous collection, The Gas Leak (also wonderful), which was quite highly structured and conceptual. This is what AUP says about Thicket:

In Anna Jackson’s fifth collection of poetry, a rich and leafy life is closing in on the poet. ‘These are our thicket days’, she writes, ‘and it does seem darker, / though the sun is at its peak / over the crown of leaves.’ But a thicket is also something to walk out of, and Jackson offers us fairytale bread-crumb tracks to follow, through poems that consider badminton at dusk, Virgil at bedtime, theory over wine; shimmering, multi-faceted poems of swans and puppets, sons and brothers, a woman who has become a tree. Thicket is an accomplished book from a poet of unease, who constantly turns her attention to the brambled path, the track-less-followed, the subterranean presences in everyday life. 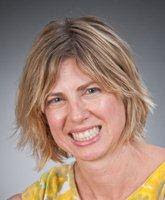 Anna Jackson lectures in English literature at Victoria University of Wellington. As well as being a poet, she also writes fiction from time to time, and her story 'When we were Bread' was recently highly commended in 'The Long and the Short of it' competition run by Sport and Unity Books, in the long (over 10,000 words) category, and was published in the competition book. You read more about her on the Book Council website: http://www.bookcouncil.org.nz/writers/jacksonanna.html.

On my own blog I've posted another poem from Thicket, 'Hansel in the house', a dark, fairytale-ish look at the sometimes difficult relationship between parents and children: http://wingedink.blogspot.com/2011/06/hansel-in-house-by-anna-jackson.html. And if you want still more, also another poem from Thicket, the much lighter and totally charming 'Frank O’Hara for Charles', was published on the Tui Talk blog last week: http://tuitalk.wordpress.com/2011/06/15/tuesday-poem-frank-ohara-for-charles-by-anna-jackson/. And of course check out the other Tuesday poems in the blogs on the sidebar.

This week's editor, Helen Rickerby, is a poet, publisher and public servant. Her most recent book was Heading North, a poetry sequence published last year in a hand-bound edition by Kilmog Press. She’s a co-managing editor of JAAM literary magazine, and runs Seraph Press, a boutique poetry publisher. She hopes she's nearly finished working on what she hopes will be her next poetry collection, but you never can be sure. She blogs, irregularly, at http://wingedink.blogspot.com/.
Posted by Helen Rickerby at 12:01 AM

Helen - this is luscious. having drunk my way round new zealand, it brings back all the flavour of the wine - and the experience!
I first heard of Anna Jackson in a poem written by another NZ poet Jan Kemp called 'Baby-sitting Anna Jackson'. Then heard Anna read at the NZ embassy in London. I think her work is fantastic. There's so much in this poem and it's so sensual.

This poem does indeed swirl, like wine in a glass prior to the inhalation.

I can taste it.

Time for my own glass of wine!

Delicious with an after-taste to savour.

Cool poem. I like how Anna makes these conversational poems and monologues look easy but I detect that a lot of craft goes in to her work. Will definitely be getting a copy of "Thicket". Two of Anna's poems are in broadsheet 7 (May 2011) too: http://broadsheetnz.wordpress.com

I, too, love this poem--like Kathleen, because of its sensuousness, I think, to the extent, as T says that you feel you can sip and swirl. I was not quite sure about the lines "just for us two" in terms of the rhythm of the rest of the poem, but otherwise--delicious!

The poem's a journey, a ride, a spin around the block on words. Brilliant.

I love the swirling dark - the wine, the sky, the night - and in it, like a rocket ship, the cream and silver car heading for, it seems, the silver stars - a place of 'chaos' without maps, without names, without history. And yet, the stars are on her too - a wonderful wonderful shift there to the pale skin, with the scents of dark wine, and the humorous end - which, as you say so wonderfully Helen - is like someone awkwardly twisting from an embrace. A terrific poem. Thanks Helen and Anna.

Very much looking forward to the release of 'Thicket'.