Like a reed boat that slipped its mooring
Set drifting on the current
Or the heaping up of ripened grain
In the time of harvest
He was farewelled
Gone, in the fullness of his time
But that final slipping away
Still came like something unexpected
Like an empty pier or a barren field
Which once brimmed with purpose
Bustled with life and vigour
Now there was silence
Except the quiet voice of the wind
We embraced to speak our pain
And breathe sweetness back into our lives 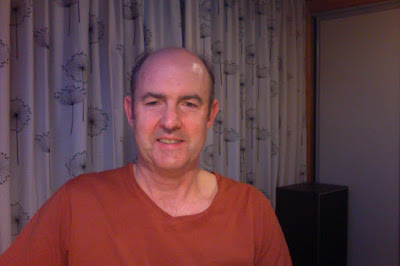 I have been a subscriber to Valley Micropress which has been lovingly edited by Tony Chad, poet, songwriter and musician, since its inception with its first issue covering November and December 1997.

I couldn't tell you how long William S. Rea has been a subscriber and contributor, but he has also been a stalwart for many years. I always read William's poems in the Valley Micropress because they tend to be lyrical and, sometimes, deceptively simple while packing a hefty imagistic punch. The fact that he also hails from Christchurch doesn't influence my decision at all, but, like all Christchurch poets, he has a few "earthquake poems" under his belt.

In a recent issue of Valley Micropress, William published the poem featured above. I thought it was a little gem and I loved it and I asked him if I could feature it on the Tuesday Poem website.

William was very modest when I asked him for a short bio to accompany this post so I'll leave you to read his bio in William's own words:

"About my writing, well, what can I say? I have been trying for rather more years than I care to remember. Mostly, I write for my own interest and enjoyment, but, occasionally, I get something I think is worth sending out to the rest of the world. Mostly editors disagree with me on that point. I've had more success with poetry than any other form of writing, having reached my first 100 poems published around the middle of last year. I have a particular interest in narrative poetry, poems which tell a story and sometimes run to thousands of verses, but so far none of those have ever passed an editor's watchful gaze and made it beyond a very tiny circle of readers."

Enjoyed! Thanks for sharing it, Andrew.

It has that classic beauty of the simple poem that speaks to the human condition. Thanks Andrew and thank you William for writing it.

Really enjoyed this quiet poem, Andrew and William. I like what you write here, Andrew:

And what a delightful blurb by the poet. Thanks so much for sharing the poem and his modest, heartfelt words.

I think you post great poems only.. Good job.