That girl, by Heidi North-Bailey

slink and hips
turn on the clock


(Published with the permission of the poet and the publisher)


Re-union
I met up again with Heidi North-Bailey only a few months ago, when Makaro Press suggested launching Heidi's first collection, Possibility of flight, in tandem with a new collection of my own (see Some place else). Heidi and I first met in 2003 when we were in a writing class together at Victoria University. The class was tutored by Dinah Hawken, who has kindly agreed to launch both our collections during the New Zealand Poetry Society's conference on Sunday 15 November. Since our first meeting, Heidi and I have bumped into one another a few times, but not recently. I think the reasons why not are revealed in the poems in Possibility of flight.

According to the publisher, Possibility of flight "is a thoughtful and intimate first collection that ends unexpectedly with fireworks." I think it is also a collection about distance and closeness, of connections and re-connections, of friendship and family, love and loss, reflection and growing.

The poem
That girl pithily catches a moment of self-awareness from someone who is constantly edgy, who thumbs her nose at the careful and conventional path.

Heidi describes the poem as being 'inspired by a conversation with a fellow poet friend who said she'd finally come to the acceptance that she was never going to be the sort of girl who settled down into life and knew the names of roses. It struck me as a wonderful metaphor for those who are running headlong through life searching out adventures, rather than the safety of domestic bliss'.

I agree with Heidi's assessment of the roses metaphor and am also impressed by her own use of metaphor in the poem - 'she rides side-saddle/into her cliché', 'boots heavy with things unsaid', and 'sunset flecked with mud'. The poem skillfully uses language to sketch someone you can see leaping off the page. 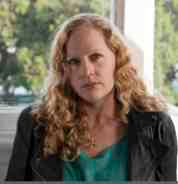 Heidi writes poems, short stories and screenplays, and was recently accepted into a University of Iowa distance writing programme. She won first place in the Irish Feile Filiochta International Poetry Competition in 2007 with her poem ‘The Women’ and has won awards for her short stories.
Her work has appeared in New Zealand and international journals including Poetry NZ, Takahē and the 4th Floor Literary Journal. When not being kept busy with her one-year-old, she squirrels away time to write. 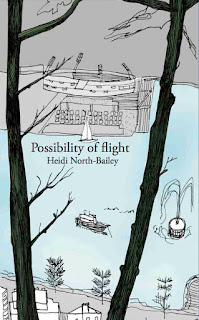 Possibility of flight has just been released and will soon be able to be purchased at independent bookstores, and online at Makaro Press.

Posted by Keith Westwater at 12:01 AM

This is a great poem choice, Keith, capturing that sense of a personality on the cusp of possibilities -- inescapably, she seems young! Great commentary, too.

And best wishes for both your book launches.

I really like the opening image of this poem, and how each line turns to more detail to look more at the girl. Interesting discussion too, Keith -- how that utterance turned into Heidi's poem, and how you connected with her, too. Thanks for sharing!